The Daily Stormer was founded in 2013.

We have watched and we have documented the transformation of the Jewish narrative over that period.

2013: You’re insane, goyim. No one is trying to replace you.
2014: It’s just a little
2015: “White genocide”?  Haha. Goyim, you loco. It’s just demographic trends. You’re not having enough babies so others are filling the gap.
2016:  A browner America will be a more peaceful one. More free of hate. Race doesn’t exist anyway. You need them to pay your pensions.
2017: Just fucking die, you white filth.

At first they said white genocide was a conspiracy theory, now they walk down the street with placards boasting about it!

In 2018, I can only imagine that they are literally going to start killing us.
The rhetoric can’t be ramped-up any further.

We’ve seen this with the “punch a Nazi” campaign: the normalization of violence against whites (particularly those who don’t apologize for being white, i.e. “Nazis”).

The New York Times celebrated “punch a Nazi.”  All of these Jews did. And they all celebrated Antifa, which went a lot further than punching Nazis,  actually throwing feces on and smashing the skulls of these Nazis.

Meet the Press brought a guy on to explain that Nazis had to be silenced through physical violence. 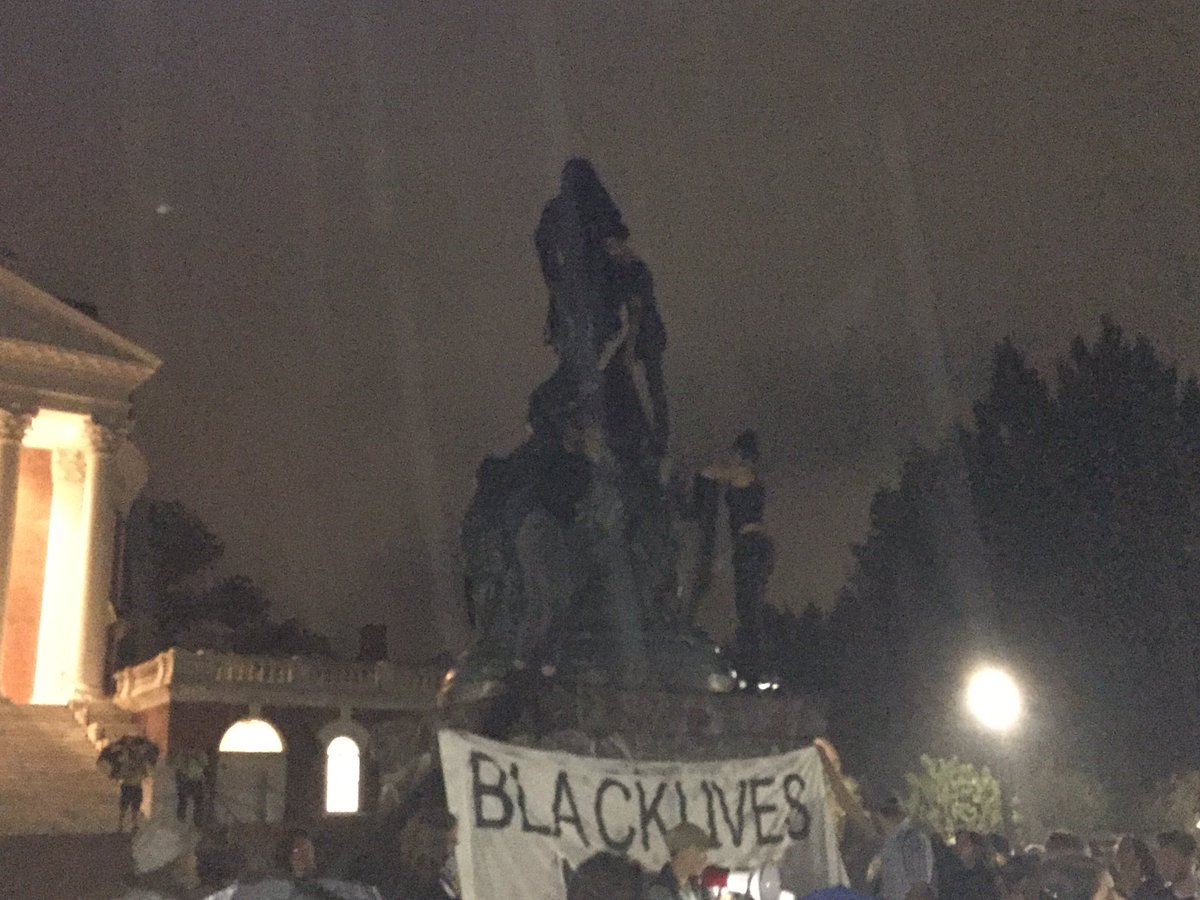 Go ahead and try to name another ethnic group that is constantly probing global populations to determine how many people hate them.

More than a quarter of British people hold at least one anti-Semitic view, according to a study of attitudes to Jewish people.

The Institute for Jewish Policy Research said the finding came from the largest and most detailed survey of attitudes towards Jews and Israel ever conducted in Britain.

But it said the study did not mean that British people were anti-Semitic.

Researchers also found a correlation in anti-Jewish and anti-Israel attitudes.

But when questioned about whether they agreed with a number of statements, including “Jews think they are better than other people”, and “Jews exploit holocaust victimhood for their own purposes”, 30% agreed with at least one statement.

Despite this, the researchers said they found that levels of anti-Semitism in Great Britain were among the lowest in the world.

A spokesman for the Community Security Trust, which has recorded high levels anti-Semitic crime, said: “We believe the new findings, data and nuance in this study will help us to work even more effectively with partners inside and outside the Jewish community to tackle this problem.”

The report said about 70% of the population of Britain had a favourable opinion of Jews and did not hold any anti-Semitic ideas or views.

I for one am not the least bit ashamed to admit that I hate the Jews.  Furthermore, I am fixated with doing everything in my power to ensure that more people hate the Jews.

Making people hate the Jews consists of a single activity: showing them the behavior of the Jews.

For instance:  is not polling people to see how much they hate you just a really bizarre, sick thing to do?    Monitoring people’s views of you indicates that you are marketing yourself  which, if you are a race rather than a brand, would tend to indicate that you are up to something.

Either that, or are you are just a paranoid neurotic.

Neither being sneaky scam artists or paranoid neurotics is popular among the public, as a general rule.

Everything Jews do is disgusting.

Still, the main reason people hate them is that they control everything in Western countries.

They also hate them because they invented the following things:

If you’re looking for reasons to hate Jews,  it’s unlikely you’re going to come up short.

Some of the best Nazis I’ve ever known were Swede Nazis.

Sweden’s Jewish community has called on police to stop a neo-Nazi group from marching near a synagogue in the country’s second largest city on the day of the Jewish holiday, Yom Kippur.

“It’s the day of the year when many Jews who don’t normally go to the synagogue will gather there. On this day, the police have decided to grant the neo-Nazi Nordic Resistance Movement permission to march through Gothenburg, no more than a stone’s throw away from the synagogue,”

Apart from “fear for our security”, the op-ed argues that the march “evokes uncomfortable associations”: during the Holocaust, “it wasn’t unusual for the German Nazis to conduct their horrendous atrocities on the most important days of the Jewish calendar.”

Initially, the neo-Nazi group NRM [Nordic Resistance Movement] asked to march on one of the Gothenburg’s major streets, Kungsportsavenyn, but the city authorities demanded that they change the route  –  which led to the new route passing quite close to the synagogue.

THEY DIDN’T  EVEN INTEND TO MARCH PAST THE JEWS  –  THE GOVERNMENT MADE THEM!

“Let them stay in the periphery, where they belong,” Verständig and Stutzinky said in the op-ed.

In another op-ed, penned for the Jerusalem Post, Ilya Meyer, former deputy chair of the West Sweden branch of the Sweden-Israel Friendship Association, argues that the Jewish community is at risk from the demonstration.

“Jews both young and elderly will be coming to and from the synagogue all day long. As such, having a Nazi demonstration route that takes a few hundred uniformed racists close to our main doors is very much a security issue. Not an emotive one. It is not our sensibilities that are under threat, but our physical well-being,” Meyer wrote.

“It is a risk that the Gothenburg police are refusing to acknowledge. And a refusal that is raising more than a few eyebrows here on Sweden’s west coast,” he added.

Meyer concluded that another kind of anti-Semitism now exists in Sweden, with Muslim worshippers showing it on regular basis.

Yeah, who brought all those Jew-hating Moslems in?   I mean, what kind of a person would think of such a thing?

Originally posted on rudolfblog:   Jewish Control of the Media Do Jews Control the Media? –   The LA Times Says Yes! https://www.youtube.com/watch?v=CVmiAR5nvJE Do the Jews Own Hollywood and the Media? http://rense.com/general85/ownh.htm Do Jews Run Hollywood? http://rense.com/general21/bet.htm – How Jews Control the American Media http://www.realjewnews.com/?p=194 – How Jewish is Hollywood? http://www.latimes.com/news/opinion/commentary/la-oe-stein19-2008dec19,0,4676183.column   –   Jews Do Control the Media http://blogs.timesofisrael.com/jews-do-control-the-media/ The Jews…

via ☛✡ 🔯📌 THIS KEEPS GETTING CENSORED!!! 📌 ✡📜✍☛ Motherload of Jewish Lists ~ everything you ever/never wanted to know about Jews⤵ — Remember The 14 Words