Who knew that the literally Hitler 21st century Fuhrer of the Aryan people was going to be a goy stand up comic, with better jokes than any kike comedian?

Atlanta, Georgia: The City of Minus 1000 fucks

After searching long and hard for a new domain, we landed in the A-T-L, motherfuckers. I put out a call for a nation to give refuge to the site, and heard nothing.

Then, at 5 AM this morning, I picked up my cell and heard:  “Yo dawg, is Kasim, and I ain’t no muffuggen nation, but I sure as fuck be a city.”

And then he was like: “This is Kasim Reed, bitch! I got yo ass!”

“Are you a basketball player?”

“Bitch I’m the muffuggin Mayor of A-Town, and we be botta swoop in and getcho ass, because I be done past fed-up with these creepy-ass yids.”

“ Yes, motherfucker!  Daily Stomper is comin to the A-T-L! Get yo ass to the Skyline Lounge at 1 AM tonight, and we’re gonna party down like a motherfucker! All party favors provided by the City of Atlanta! You read me, my man ?”

“Motherfucka  I’m talkin about cocaine!  C-O-A-I-N.  We got green like you ain’t never seen, we got pills,  we got hoes with basketball titties  –  we gots all kindsa motherfucken shit out here in A-Town!  We bringin back the Stomper and it’s fuckin party time in the A-T-L!  Fuck dem hook-nose faggots!  And fuck the Google.  I got a cousin used ta contract doin heating and cooling at dey ATL office,  he got all kinds of fucked over.

Some chinky bitch say he grab her titties, bitch ain’t even had not titties ta grab. Gnomesane?  I say fuck all these bitches,  we botta throw down! We gonna fuck they shit up! A-Town, motherfucka – you don’t mess with it! Yo hol up I got a bitch on the line, you talk to my main man here.”

He then passed the phone to a white man who said,  “ Mr. Anglin? Yes, my name is Jerry Thomas, Mr. Reed’s assistant. Not sure if you got all that or not, but the Mayor of Atlanta is offering to register your website under the .at  TLD,  which his office has full authority over. We can’t guarantee that the domain will hold,  given that you are clearly under pressure from the federal government,  but Mr. Reed wants to do what he can to help you out. He doesn’t read much news,  but he has a deep-rooted hatred for Jews,  due to various experiences with landlords and record producers.”

“Okay,” I said. “Do I really need to come get high with him at the Skyline Lounge in order to seal the deal?”

“No sir. In fact,   I would advise against it. Mr. Reed’s late night business meetings at the Skyline Lounge often get quite rowdy.  It’s a very… urban environment, which may make you uncomfortable. I would also assume you don’t have much of a desire to fly to Atlanta tonight in order to do schedule 1 drugs with the Mayor.”

I then heard the Mayor yelling in the background , “dat boy gotta drop dat verse,”  and Jerry said:  “Oh, while you can definitely skip the drug party tonight, the Mayor has asked that you sing a song with his friend ‘Gucci Mane.’ I’m not sure how familiar you are with urban music, but… -”

“-Oh I know Gucci,”  I interrupted.  “And yeah, I’m totally down to drop a verse on his next mixtape.”

“Very well then. Send me the A records, and we’ll get your domain up this afternoon.”

And that was that.   The domain was secured.

And we are back on the real internet.

If it’s true that there’s nothing new and everything that now exists existed in the past, then we are really fooling ourselves when we struggle to write something new, winding up, after much painful labor,

with a tired imitation of an imitation!

Then I will  look back into the records, even as far as ten thousand  years ago, and find a description of you in some old book,

written when people were just beginning to put their thoughts in writing, so I could see what the old world would say about your amazingly beautiful soul

Then I will know whether we’ve gotten better at writing or worse, or whether things have stayed the same as the world revolves.

I’m sure the witty writers of the past have devoted praise and admiration to  far worse subjects than you. 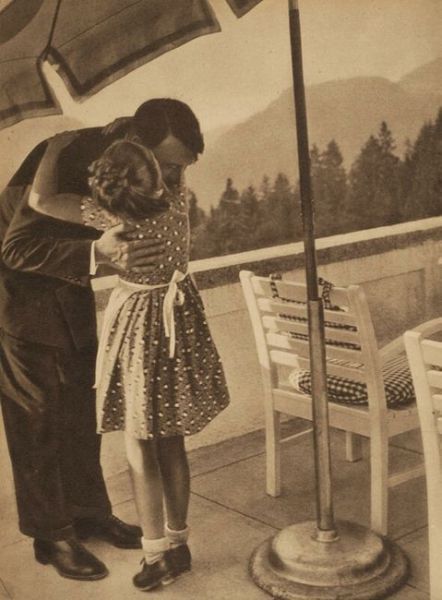 Andrew Anglin’s personhood has been restored by Albanians ~ They are hosting his site, The Daily Stormer on the Normie Web here:

Bulletproof guys from that Albanian domain apparently trying again to support free internet speech for us.  I’m curious as to how long it will take before this one is downed by Jews, but it might take a while since Austria is actually really civilized

It never seemed to me that you needed to be praised,

I never described your beauty with profuse or elaborate rhetoric. I could see that you were better than any praise a poet could give you.

I haven’t exerted myself to describe you,  so that you yourself, since you’re still alive, could show everybody how much more worthy you are than my commonplace writing style can describe.

You decided that this silence on my part was a fault,  but I’m particularly proud of my muteness.  By remaining silent, at least I don’t damage you,  whereas other writers try to bring you to life in their writing, and kill you instead.

You possess more life in one of your handsome eyes than all of your poets could invent by praising you.

tfw you just can’t resist publishing a book blaming the whole world for your personal failures.

Hillary has really become an embarassment to herself, to women, to the Democrats, to everyone even remotely associated with her.

Publishing a 500-page “it’s everyone’s fault but mine” book is totally insane.

A raw and aggrieved Hillary Clinton takes ownership — to a degree — for her stunning 2016 loss to Donald Trump in her upcoming book, which offers a revealing look at the campaign through the eyes of the contest’s loser.

CNN purchased the book – “What Happened” (Simon & Schuster, 494 pages) – from a Jacksonville, Florida, bookstore a week before its widespread release.

The defeated presidential contender offers a patchwork of explanations for what, exactly, did happen last year – some of which she insists were outside her control and some she concedes were her own fault.

In a voice that swings from defiant to conciliatory to – at rare moments – deeply vulnerable, Clinton does assume ownership where the fault lines are obvious.  And in overarching terms, she admits she badly misjudged the environment in which she was running and the candidate she was running against.

But Clinton still finds ample blame to go around. She writes bluntly that sexism hampered her ability to reach voters effectively. She offers unvarnished assessments of those who have cast doubts on her campaign, including Vice President Joe Biden and Sen. Bernie Sanders, her former rival. And she singles out James Comey – a “rash FBI director” – for direct and lashing criticism.

The book also oozes with contempt for Trump, the campaign he ran and the President he has become.

[S]he lambasts media coverage of her emails, singling out The New York Times as a repeat and high-profile offender. And she wonders aloud why, after terms as first lady, US senator, secretary of state and two-time presidential candidate, the public still just doesn’t seem to like her.

Is there anything more embarrassing? This is like a crappier version of the Elliot Rodger manifesto.

“What makes me such a lightning rod for fury? I’m really asking. I’m at a loss,” she asks her readers, before concluding: “I think it’s partly because I’m a woman.”

Yes, that is part of it, in a way. I would say. Women in general are disgusting.

But it’s more the type of woman that you are: the kind that reminds people of a nasty old school teacher.

“I think it’s fair to say that I didn’t realize how quickly the ground was shifting under all our feet,” she writes. “I was running a traditional presidential campaign with carefully thought-out policies and painstakingly built coalitions, while Trump was running a reality TV show that expertly and relentlessly stoked Americans’ anger and resentment.”

Yes. And you were telling angry people they didn’t have a right to be angry, and should just accept everything that you, your husband, Obama, George Bush, and the entire rest of the establishment did to them.

She also apparently vows to take revenge on Russia:

And she describes her regret at not facing Russian leader Vladimir Putin as a US president — a form of vengeance she can now only imagine.

“There’s nothing I was looking forward to more than showing Putin that his efforts to influence our election and install a friendly puppet had failed,” she writes. “I know he must be enjoying everything that’s happened instead. But he hasn’t had the last laugh yet.”

What a nasty old bitch.

Why doesn’t she just go away? What is the point of obsessively humiliating herself by refusing to leave the public eye?

I’m actually a little bit interested in what’s in this book.

I will review it if she sends me a review copy. But I’m not giving this craggy whore my money.