The black minstrel show, “Hamilton” runs on racism and bigotry. The Communist fueled Liberals in this country seek to erase and re-write History. They have publicly called out VP Elect Pence.

The FACT is, this country was established and run by White European Men. Africans were slaves in this country back then and had nothing whatsoever to do with being “*Founding Fathers.

White people who have wasted their money on this tripe are encouraged to leave their seat empty. 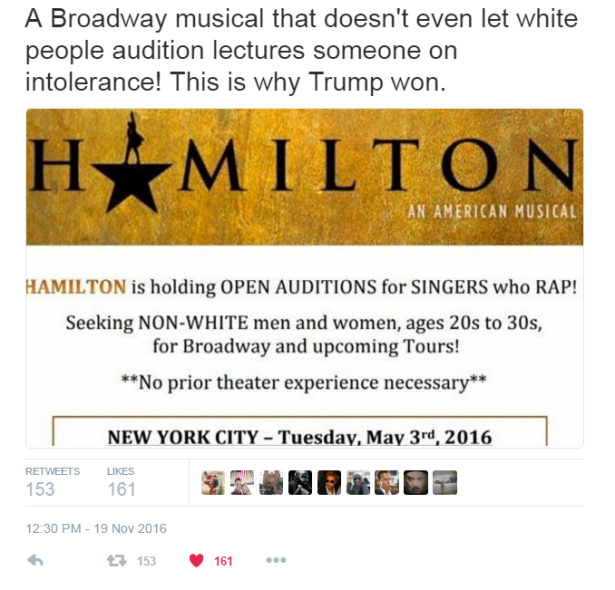